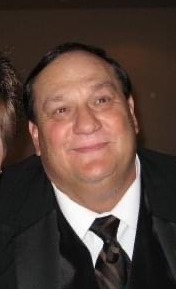 Jerry A. Weiland, age 68, of Wautoma, passed away suddenly and unexpectedly Monday morning, December 13, 2021 at his home.

Jerry was a 1972 graduate of Wautoma High School. He was past vice president, dispatcher and safety officer at Weiland Trucking Company, Inc. in Wautoma for 44 years until his retirement on December 31, 2013.  He served as a special deputy for the Waushara County Sheriff’s Department for 34 years and was also the President of the Special Deputy Association for Waushara County.  Jerry was a volunteer firefighter on the Wautoma Fire Department for 16 years, on Wautoma Rescue Squad for 6 years and was an active member of the Wisconsin Motor Carriers Safety Council.

Jerry enjoyed traveling and spending time with his special friend and companion, Linda Martin, his many weekly adventures with his best friend/brother Frank, riding his motorcycle, gardening, watching Packer games, fishing on his pond and yard maintenance.  Most of all he enjoyed spending time with his family, especially his beloved grandchildren.

In addition to his wife, he was preceded in death by his parents, Elmer and Leona Weiland; his sister and brother-in-law Delphine and Marlin Pomplun; his brother-in-law, William “Bill” Becker; his parents-in-law, Paul and Marjorie Groth.

To order memorial trees or send flowers to the family in memory of Jerry Weiland, please visit our flower store.