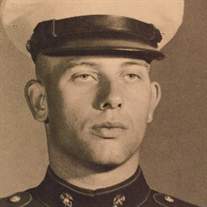 Jeffrey Paul Warnke, 67, of Wautoma formerly of Ripon, Wisconsin passed away peacefully August 19, 2016 with his loving family by his side.

Jeff will be sincerely missed by many including his wife, Merikay, his daughter Nicole Warnke of New Berlin, Wisconsin, and his son, Todd (Pam) Warnke and his granddaughters Abigail and Taylor of Wausau, Wisconsin. He is further survived by two brothers, Terry (Sue) Warnke of Madison, Wisconsin, Wayne (Pauline) Warnke of Eureka, Wisconsin and sister, Amy (Jerald) Monroe of Haughton, Louisiana. He was preceded in death by his parents.

Private family services will be held.

To order memorial trees or send flowers to the family in memory of Jeffrey Warnke, please visit our flower store.