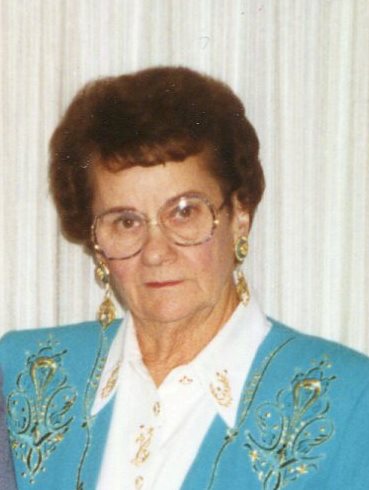 Jeanne was a clerical worker for the Milwaukee County Sheriff’s Department for many years. She and her late husband resided in West Allis before moving to Lake Alpine in 1985. She was a member of St. Paul Lutheran Church in Grafton and was a former faithful member of Trinity Lutheran Church in Wautoma.

She is survived by two daughters, Janyne Claas, Greenfield and Jacqueline (Daniel) Bayer, Grafton; one granddaughter, Angela (Brian) Krueger, Cedarburg; one great grandson, Jace; her sister-in-law, Helen Ricci, West Allis. She is further survived by other relatives and friends.

Funeral services will be held on Friday, August 4, 2017 at 11:00 a.m. at Trinity Lutheran Church in Wautoma. Burial will follow at Marion Cemetery, Township of Marion.

Visitation will be held on Friday at the Church from 10:00 a.m. until the time of services. A Memorial is being established for Trinity Lutheran Church, P.O. Box 915, Wautoma, WI   54982.

To order memorial trees or send flowers to the family in memory of Jeanne Ricci, please visit our flower store.