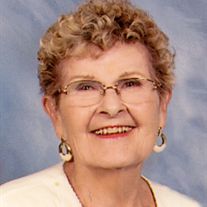 Jean Margaret Major, age 81, died unexpectedly on Sunday, January 19, 2014 at Theda Clark Hospital, Neenah following a short illness. She was born on March 8, 1932 in Chicago, IL to George and Margaret (Rhode) Flesch. Jean married James Major on March 29, 1952 in Chicago, IL. Jean earned her Associates Degree and then worked as a legal and executive secretary for various businesses until her retirement. Jean was a member of the Red Hat Ladies. She also enjoyed Bible studies, playing cards and scrabble and was also an excellent cook.

Memorial services will be held on February 8, 2014 at Wild Rose United Methodist Church at 11AM. The family will greet relatives and friends at church from 10AM until the time of service at 11AM.


To order memorial trees or send flowers to the family in memory of Jean Major, please visit our flower store.