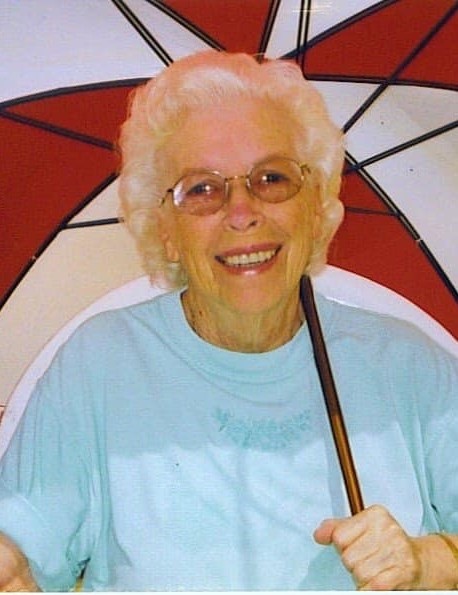 Jean M.E. Christman, age 91, passed away on March 2, 2019 at Wild Rose Manor. She was born Nov. 1, 1927 in London, England, the daughter of Harold C. and Annie E. (Allen) Jay. She married Frederick A. Trayler on March 22, 1947 in England. They and their four children emigrated to San Jose, CA in 1966. After their divorce, Jean married Kenneth Christman on Dec.11, 1971 and they lived in Grand Island, NE. After Ken passed away, she moved to Wautoma, WI where she enjoyed her work and all the staff at CAP Services until she retired.

Jean was a strong willed, feisty and independent survivor of the WWII London bombings and much later stage four colon cancer. She was a wonderful , loving and supportive Mum who loved her children unconditionally and would do anything for her family. She enjoyed knitting, crossword puzzles, word games and being this season's champ of Fantasy Football.

She is survived by her brother, Gordon Jay, Tasmania and two daughters, Jennifer Trevino, Melissa, TX and Judith (Ron) Pennell, Carlsbad, CA and her two sons, John (Maralyn) Trayler, Wautoma and Pete (Holly) Trayler, Wautoma, and by her 11 grandchildren and 22 great grandchildren and nieces, nephews, cousins and In-laws  all over the world.
She was preceeded in death by her parents, Harold and Annie Jay, her husband, Frederick Trayler, her husband, Kenneth Christman, an infant grandchild, Jason Saylor and a daughter-in-law, Shelly Saylor.

The family wishes to thank the caring staff at Thedacare Hospital in Wild Rose and Wild Rose Manor.

A private Celebration of Life will be held by her family on March 6th.

She was one of a kind who will forever be missed.

To order memorial trees or send flowers to the family in memory of Jean Christman, please visit our flower store.