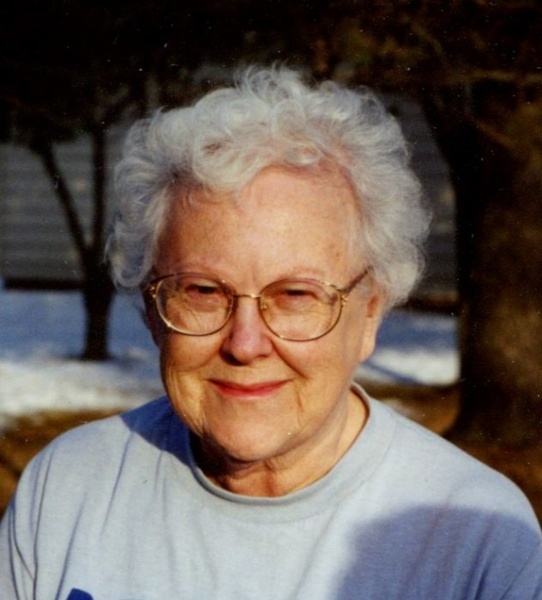 Jane Elizabeth Katovich passed away on October 30, 2017 in Wautoma at the age of 94. Jane was born on May 18, 1923 in Madison, Wisconsin to Joseph and Caroline (Beck) Hackett. She graduated from Madison West High School in 1941 and attended Madison Vocational School in 1942. She was employed by the Wisconsin Conservation Department and the Wisconsin State Board of Health before her marriage. She met her future husband, Alexander Katovich, at a dance for veterans returning from World War II. They were married on September 10, 1949 in Madison and spent 63 happy years together. Because her husband was attending Iowa State College, they moved to Ames where she was employed by the College Alumni Office. After living in Madison, Wisconsin Rapids and Appleton, the couple moved to Wautoma in 1958 where Alex served as the district forester for the Wisconsin Conservation Department. Jane and Alex built their home on Prairie Street in Wautoma in 1959 where they raised seven children. A full time mother and homemaker, Jane’s love and encouragement formed the foundation of her family. As with many of her generation, she was often in the background, but with her quiet strength, she was always there for her children, helping them through all of life's challenges. Jane enjoyed oil painting, writing poetry, participating in spelling bees, and travel. She often reminisced about a train trip through the western US before her marriage, the antics of sheep running down a narrow lane in Ireland, and the beauties of nature seen during road trips with Alex. Jane was formerly a member of St. Joseph’s Ladies Sodality and Waushara County Homemakers in Wautoma. The couple moved to Heartland House in 2012.

The family will greet family and friends at the Leikness Funeral Home at 358 South Oxford Street in Wautoma from 11:00AM – 12:30PM on Saturday, November 11, 2017. There will be a formal remembrance at noon.  A luncheon will follow at 1 PM at Amalia’s Serenity Center, 111 North St. Marie Street in Wautoma. There is parking in the back of the building. In lieu of flowers, memorial gifts may be made to Wisconsin Public Television.

The family would like to thank the staff of Heartland House and the Agnesian HealthCare’s Hospice Hope for all their caring support.

To order memorial trees or send flowers to the family in memory of Jane Katovich, please visit our flower store.