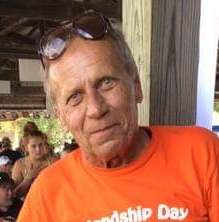 Jim was a 1973 graduate of South Milwaukee High School.  He attended UW-Stout and later MATC in Milwaukee where he received an Associate Degree in Accounting.  He worked in management for Holiday Inn Hotels in Milwaukee for many years. After moving to Wautoma, he was night auditor at Boarders Inn, Wautoma.  He was a member of St. Joseph Catholic Church and the Knights of Columbus in Wautoma.

In addition to his wife, he was preceded in death by his parents and by his brother-in-law, Wayne Adams.

Memorial Services will be announced.

To order memorial trees or send flowers to the family in memory of James Owen, please visit our flower store.