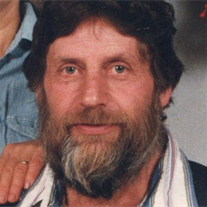 After graduating from Tri County High School in Plainfield he worked at the Wild Rose Creamery, and later at Speed Queen (now the Capsell building) in Wautoma. In 1972, he founded J&J Construction of Wautoma. Jim loved to work and enjoyed eating at local restaurants. He used to love riding his Harley motorcycle.

He was preceded in death by his parents; and by his brother, Robert.

A Celebration of Life will be held on Thursday, Dec. 29, 2016 from 12 noon until 2:00 p.m. at the Dakota Town Hall, N1470 State Road 22, Wautoma. A memorial service will begin at 12 noon followed by a potluck meal. In lieu of flowers, memorials are appreciated.

To order memorial trees or send flowers to the family in memory of James Jannette, please visit our flower store.