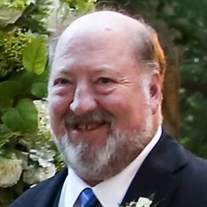 James "Pat" Drager, age 57, of Neshkoro, passed away unexpectedly Friday, March 4th at the Theda Clark Medical Center in Neenah. Pat was born on September 4th, 1958, in Milwaukee to Dale and Patricia (Bach) Drager. He spent most of his childhood visiting the family cottage on Tuttle Lake. Pat began his career as a police officer as a cadet for the Milwaukee Police Department in High School and immediately joined the force upon graduation. He worked there until his retirement. Pat loved the outdoors and was an avid hunter, spending countless hours rabbit hunting with his beloved beagle, Duke, and deer hunting. This love of the outdoors inspired him to purchase land outside Neshkoro. He enjoyed bird watching, especially at his numerous bird feeders or driving around the area where he also loved to rescue turtles crossing the roads. Pat was a voracious reader and history buff, helping to win most jeopardy games he played. He loved helping others in any way he could, as his many friends can attest, never wanting anything in return. He loved watching the Packers and would grumble if anyone would dare call during a game.

Pat married Patti Meyers on May 20, 2011, where they lived on his 150 acre property just outside Neshkoro. One of his greatest passions was working on this land to restore it for wildlife and creating trails for enjoyment of the land. He thoroughly enjoyed auctions and garage sales, always on the lookout for unusual stuff and of course, a great deal.

Pat will be sadly missed and mourned by his wife and his memory will be cherished by her and his stepson Cody (Christi) Meyers; brother Dan (Penny), other relatives and friends. He was preceded in death by his parents and his brothers, Kevin and Mike, and his four legged companion, Duke.

A celebration of life memorial will be held for the family to greet relatives and friends from 1-4pm, Thursday, March 10, at the Leikness Funeral Home, Wautoma. It will be followed by a luncheon at Nappy's in Neshkoro from 4-6pm.

To order memorial trees or send flowers to the family in memory of James Drager, please visit our flower store.