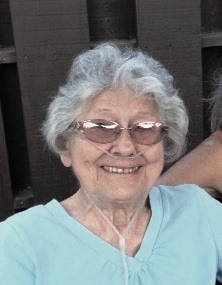 Jackie was a 1951 graduate of Messmer High School in Milwaukee. She and her late husband resided in Milwaukee prior to moving to Lake Sharon, rural Wautoma in 1978. Jackie was very active with the Waushara County Democratic Party and served as delegate at a Democratic Convention.

She is survived by one son, John (Vicky) Jokisch, Wautoma; one daughter, Donna Joyce, Cary, NC; five grandchildren, Racheal, Nicole, Laura, Elizabeth and Chrissy; one sister, Mary (Howard) Bunkert and her son Earl (Theresa) Rollins. She is further survived by a special cousin, Kathy (Ray) Karle, and their children, Scott Karle and Shelly (Hector) Padilla, other relatives and dear friends.

In addition to her husband, she was preceded in death by her parents; two sons, Michael Jokisch and Mark Jokisch; by one great grandson, Cody; her parents-in-law, Joseph and Augusta Ligman; and by her former husband, Donald Jokisch, and his parents, Otto and Viola Jokisch.

Private family burial will take place at Richford Cemetery in the Town of Richford.