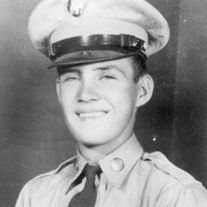 Jack Homer Reed, age 82 of Wautoma, died on Tuesday, August 26, 2014 at Wild Rose Hospital. He was born on April 7, 1932 in Burdine, KY to Thomas and Delcie (Gouge) Reed. Jack served with the U.S. Army during the Korean Conflict from 1949 to 1952 and was honorably discharged. On October 4, 1952 he married Helen Galloway in Kingsport, TN. Jack worked for Local 1003 in Indianapolis, IN as a Millwright until his retirement. Jack loved hunting with his dogs, Julie and Joe, watching birds, western movies and listening to country music. Jack especially loved spending time with his grandchildren and great grandchildren.

Funeral services will be held at 11Am on Friday, August 29, 2014 at Hope Lutheran Church. Officiating at the service will Pastor Nathan Gauerke with burial to follow at Hope Lutheran Cemetery, Wautoma with Military Honors accorded by American Legion Post 317 and the U.S. Army Honors Team. The family will greet relatives and friends from 5-7PM on Thursday, August 28, 2014 at Leikness Funeral Home, Wautoma and again at church on Friday from 10am until the time of service at 11AM.


To order memorial trees or send flowers to the family in memory of Jack Reed, please visit our flower store.