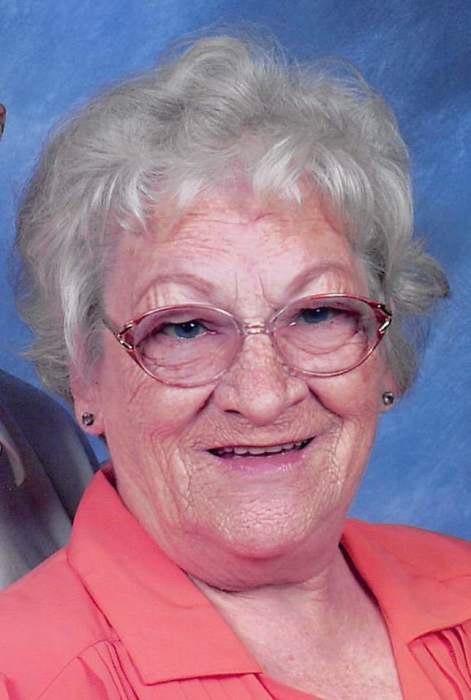 Henrietta "Henny" Katherina Paul, age 88, passed away December 23, 2018, at home with her family gathered around her. Henrietta was born September 17, 1930 in Dudenhofen, Germany in the home of her parent’s, Ernst and Rosa Mahr.

Henrietta faced many challenges in her youth including surviving Diphtheria as a young child and living through WWII.  In 1950, Henrietta met her future husband, Clyde Paul, while he was stationed in Babenhausen, Germany as an Army sergeant. They were united in marriage before both civil and Christian authorities according to German custom on October 7, 1953. Shortly thereafter, Clyde was discharged from the Army and the Paul’s prepared for their move to Jump River, Wisconsin.

Some-time later, Henrietta and Clyde moved to Milwaukee, WI, where they both worked for American Motors until 1967.  It was at this time that they bought property in Spring Lake, WI where they built their home.  Initially, Henrietta worked as a stay-at-home mother and home seamstress until their children, Diane and Albert, were both school aged.  Then Henrietta took a position as a seamstress for Mid-Western Sports Togs of Berlin until her retirement.

When Henrietta and Clyde moved to Spring Lake in 1967, they joined Zion Evangelical Lutheran Church.  Over the years, Henrietta spent some time as a member of the church choir and alter guild.

Outside of church, Henrietta stayed active as a member of VFW Auxiliary Post 10992 of Neshkoro, served as a volunteer at the Wisconsin Veterans' Home in King, WI and worked part-time at The Cupboard second-hand shop in Wautoma, WI.  She enjoyed sewing, gardening, and occasional visits to the casino.

Henrietta is survived by; son, Albert Paul and loving friend Niki Bielmeier; daughter, Diane Paul; and grandson, Jacob Noblitt. Henrietta also has many nieces, and nephews. She was preceded in death by her parents, Ernst and Rosa Mahr; her husband, Clyde Paul; and her brother, Albert Mahr.

To order memorial trees or send flowers to the family in memory of Henrietta Paul, please visit our flower store.