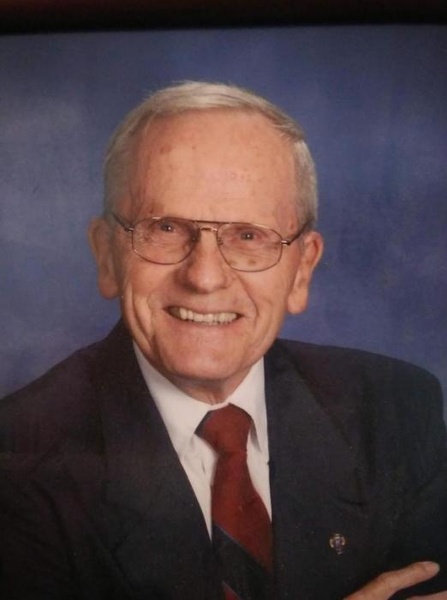 Glenn Lee Sharratt, age 96 of Wautoma, passed on Tuesday, April 28, 2020 at Patriot Place in Berlin. He was born on a farm north of Oshkosh on March 24, 1924, to Lawrence and Ubena (Candlish) Sharratt. He completed eight grades at a one-room country school and then graduated from Oshkosh High School in 1942. Glenn served in the US Air Force during WWII, and thereafter was a member of the USAF Reserve. He retired in 1984 with the rank of Lt. Colonel after completing over 26 years of combined active and reserve duty.

Glenn married Lora Jane Frank of Oshkosh in August, 1950. She preceded him in death on September 30, 2008, in the 59th year of their marriage.

Following WWII, he returned to the University of Wisconsin, Madison, where he received a Bachelor of Science degree in Political Science in 1949 and a law degree in 1951. He was employed at American Family Ins, Madison for over 16 years. Glenn resigned the position of Regional Claims Counsel in 1967 to join the Appleton law firm of Fulton, Menn and Nehs; a firm later to be known as Menn, Nelson, Sharratt, Teetaert and Beisenstein. Glenn was a member of the Outagamie County, Wisconsin and American Bar Associations. In 1982, he was invited to join and did join the American College of Trial Lawyers, an association of select trial lawyers of the United States and Canada.

He retired from active practice in 1988, and with Jane, enjoyed their home on Crystal Lake in northern Marquette County. An active member of Wautoma Kiwanis, the Waushara County Club and Crystal Lake Club; he served as director and president of each at various times. He was also active in Wautoma's Grace United Methodist Church.

Glenn was a Badger fan, a Packer fan, a fisherman who didn't particularly enjoy fish, a hunter who loved a good dog, and after years of playing softball and baseball, took satisfaction in umpiring little league. Both he and Jane enjoyed foreign travel and among their favorites, were New Zealand, Portugal and Vienna.

A Celebration of Life Gathering will be held from 10AM to 12PM on Wednesday, June 17, 2020 at Leikness Funeral Home, Wautoma with Military Honors to follow. In lieu of flowers, the family suggests any donations be made to the Alzheimer’s Association.

Glenn’s family would like to thank Patriot Place and Heartland Hospice for their kindness and care given to him at different lengths during his last four months.

To order memorial trees or send flowers to the family in memory of Glenn Sharratt, please visit our flower store.