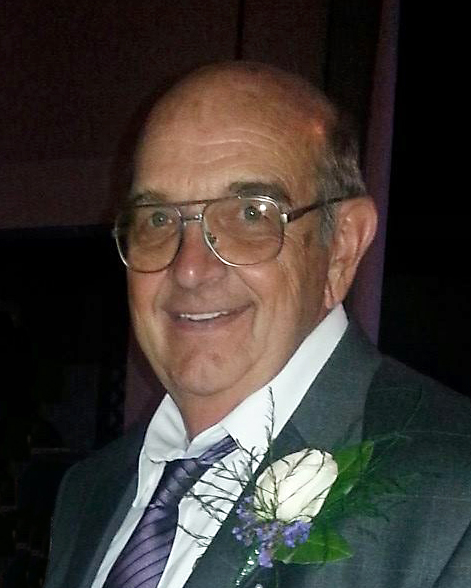 Gerald “Jerry” Wayne Wallander, of Wautoma, died peacefully at his home on Monday, February 22 after multiple battles with Lymphoma. He was 75. After spending much of 2020 in hospitals, he was able to return home in early January where he was provided hospice care by his family. We are grateful he was able to be home during this time, surrounded by loved ones.

Jerry was married to his wife, Nancy, since 1970. They celebrated their 50th wedding anniversary this past October, and we were fortunate to have him home with the family for that special event. Jerry is survived by wife Nancy (Neubauer); children Michael, Oconomowoc, Brian (Jenna), Caledonia, Gregory (Andrea), Oconomowoc and Karen (Jonathan) Bernhardt, Kenosha; grandchildren Lizzie, Mason, Dylan, Annabelle and Owen; brothers Richard and Tom (Beth); as well as beloved cousins, nieces and other relation. He is preceded in death by his parents Louis Wallander and Lucille Bliesner; sister: Shirley Ann; nephew Michael Allen and sister-in-law: Carol Wallander.

Jerry was many things. Among them, a loving husband, father and grandfather, a master Plumber, a lover of trivia and knowledge, joke teller, a friend always there to lend a hand, life-long cribbage player, fan of classic cars and a longtime member of the Berlin Car Club, Scout leader, Navy man, collector of old things, church usher for 15+ years at St. Jerome’s in Oconomowoc, a welder, handyman and a self-proclaimed “putzer” since he retired in 2000.

There’s that saying “Work hard, play hard.” In Jerry’s case, working hard was just his way of being. He was always there to lend a hand or spearhead a project, and he definitely wasn’t afraid of getting his hands dirty. And he truly enjoyed every minute of it. Jerry always had a “project” in the works, whether it was his own or someone else’s. He wasn’t one to sit still, rather, he’d famously ask “Okay, what’s next?”

Jerry was a friend to all. To know him was to love him. He could talk to anybody and he had a way about him that made others feel special. He was always concerned more about others than himself and he was generous in many ways throughout his life. He was the glue of his family and his presence will be missed in immeasurable ways. The pain we feel by his loss is felt by all who knew him.

He leaves behind a legacy in his children and grandchildren, but also in all those he touched. Take a look around your home and you’ll see where Jerry may have touched your life in the water heater he helped install, or the door he hung, or the pipe he fixed. And look closely, and you’ll see his signature Sharpie smiley face, date included.

Mass of Christian Burial will be held at 11:30AM on Monday, March 1, 2021 at St. James Catholic Church, Neshkoro with burial to follow at St. John Catholic Cemetery, Princeton followed by military honors. The family will greet relatives and friends at church on Monday from 10:30AM until the time of Mass at 11:30AM.

To order memorial trees or send flowers to the family in memory of Gerald "Jerry" Wallander, please visit our flower store.