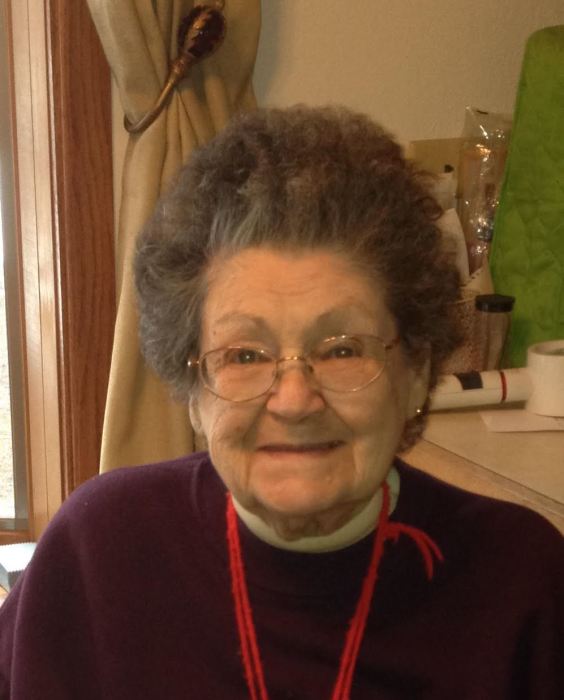 Geraldine B. Dutkiewicz, age 91, of Wautoma, passed away peacefully on Sunday, Dec. 17, 2017 at Juliette Manor in Berlin.

She was born February 1, 1926 in Milwaukee, the daughter of Carl and Hilda (Uttke) Karolewicz. She married Edward J. Dutkiewicz on June 12, 1948 in Milwaukee. He preceded her in death on March 10, 2004. Geraldine and her late husband resided in Milwaukee for many years before moving to Wautoma in 1979. She enjoyed traveling and going to flea markets.

Funeral services will be held on Wednesday, December 20, 2017 at 12 Noon at Leikness Funeral Home in Wautoma. Burial will be in Milwaukee. Relatives and friends may greet the family on Wednesday from 11:00 a.m. until the time of services.

To order memorial trees or send flowers to the family in memory of Geraldine Dutkiewicz, please visit our flower store.