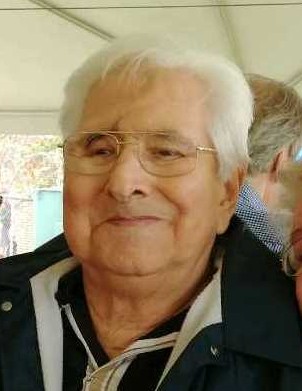 Frederick C. Hau, age 76 of Wautoma, died peacefully on Thursday, February 22, 2018 at Wild Rose Manor. He was born on January 12, 1942 in St. Cloud to Gregory and Dolores (Mueller) Hau. On September 30, 1961 he married Joan R. Meisenburg in Fond du Lac.  Fred started out farming and then joined the Wisconsin National Guard. He then worked as a mason building foundations for homes, then was an Omar Man, selling bread and other treats door to door. After that venture, Fred went to school and became a Journeyman Electrician and went to work for Wisconsin Power and Light which later became Alliant Energies. He retired as a Foreman in 2003 after 40 years. Fred and Joan then moved from Fond du Lac to Wautoma to enjoy retirement where they made many new friends. Fred was a member of the Knights of Columbus and St. Joseph Catholic Church. He enjoyed gardening, working in his shed, shopping and collecting everything.

Funeral services will be held at 11AM on Friday, March 2, 2018 at Leikness Funeral Home. The family will greet relatives and friends at the funeral home on Friday from 9:30AM until the time of service at 11AM. In lieu of flowers, memorials may be made to the Knights of Columbus Education fund.

To order memorial trees or send flowers to the family in memory of Frederick "Fred" Hau, please visit our flower store.