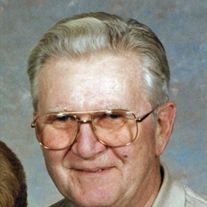 Doc served his country in the Army Air Corps from 1943 until 1946. He taught Science at Juneau and Hamilton High Schools in Milwaukee for many years. Later, he worked in Administration for Milwaukee Public Schools until his retirement. He and his late wife moved to Mount Morris following retirement in 1982. Doc loved square dancing, clogging and bowling. He was a member of Immanuel Lutheran Church and Wolman-Minskey American Legion Post 317, where he served as Post Commander and Chaplain for many years.

He is survived by his son and daughter-in-law, Robert (Ann) Reiser, Charlotte, NC; one brother, Bill Reiser, Milwaukee; one sister, Barbara Resseguie, Florida. He is further survived by other relatives and many dear friends.

Funeral services will be held on Tuesday, June 3, 2014 at 11:00 a.m. at St. Barnabas Chapel on the grounds of Camp Lu Wi So Mo, W5421 Aspen Road, Wild Rose, WI 54984 with Rev. William E. Meier officiating. Burial with full military honors will be at Howe's Corners Cemetery, Town of Mount Morris.

Visitation will be held at Camp Lu Wi So Mo on Tuesday from 10:00 a.m. until the time of services.


To order memorial trees or send flowers to the family in memory of Erwin Reiser, please visit our flower store.