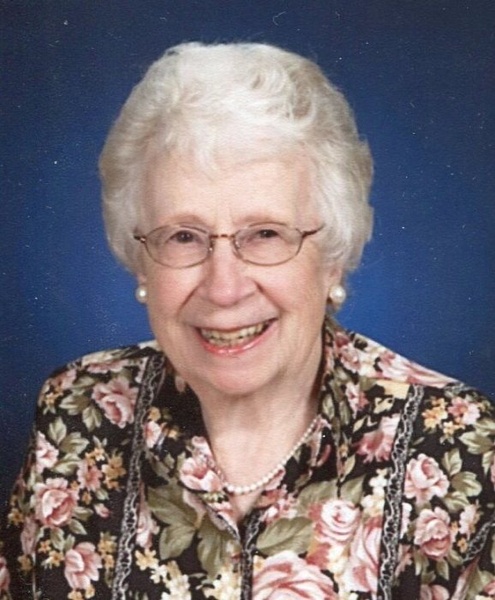 She was born July 25, 1926 the daughter of Vincent and Cecelia (Suda) Blasing. She married Edward Kant on April 8, 1944 in Farmingdale, New York just before he left to fight in World War II. They were married almost 60 years before Edward died.

Ellen was a lifelong Catholic and served by St. Joseph Catholic Church in Wautoma in recent years. She was an elementary library assistant for many years. Ellen loved reading to children and processing new books for many elementary schools. She and Edward were partners in E&E Sales in Waupun, Wisconsin.

She was also a bowler. She and Edward were in a couples league together and she was part of a team in a women’s league in Poy Sippi, WI. Ellen loved the cottage near Winneconne, WI and spent good times there with her family. Many a campfire with songs and marshmallows roasting are a part of those memories. She also loved fishing which continued even as she and Edward retired to their lake home outside Poy Sippi.

A Mass of Christian Burial will be held on Friday, Dec. 15, 2017 at 10:30 a.m. at St. Joseph Catholic Church in Wautoma with Rev. David F. Greskowiak officiating. Burial will be in Calvary Cemetery in Waupun, WI.

Visitation will be held on Friday at the Church from 9:30 a.m. until the time of services. In lieu of flowers, memorials may be directed to the family and specified Alzheimer’s Association or Agnesian Hospice Hope of Green Lake.

The family wishes to thank staff and caregivers of Heartland House and Agnesian Hospice Hope for their loving care.

To order memorial trees or send flowers to the family in memory of Ellen Kant, please visit our flower store.