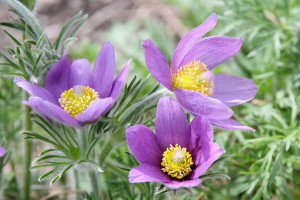 “Fearlessly I traveled each and every road." Elaine Edith Jones died peacefully on December 18, 2017 at Heartland House in Wautoma, Wisconsin. Under hospice care, she was surrounded by loving family including her devoted husband John at the time of her death.

Family and friends will remember Elaine's zest for life and adventure, her spontaneity, and her celebrations with family and friends. Many will recall how she enthusiastically embellished tales of her fearless travels down each and every road.

Elaine was born on March 29, 1933 to Clayton Elroy Olson and Bernice Ruth (Raueber) Olson in Wautoma. She grew up on “the crick” (White River) that flows through Wautoma along with her lifelong friends Kay (Rose) Swanson and Kathryn (Kileen) Staehle. She graduated from Dafoe School in Wautoma and later went on to complete bachelors and master’s degrees from UW-Stevens Point.

She concluded her career as the Dean of Education at MSTC. Her proudest professional accomplishment was founding the MSTC Foundation and serving as the Foundation's first Executive Director. Throughout her career, she held various English and Communications teaching positions through MSTC. She also taught English as a Second Language at UW-Stevens Point and during mission work in Hungary. During a segment of her career, she worked as a business and industry liaison through MSCTC – And in recognition of her successes with local business and industry developments, she was awarded the Wisconsin Rapids Business Person of the Year Award in 1979.

Elaine's fondest memories included watching her grandchildren grow up at “The Cottage” on Norwegian Lake, going fishing (“shishing”), attending her granddaughters' musical events, camping with her grandchildren, canoe rides, elk hunting with her son, serving mission work through her church in Hungary, and her worldwide travels. Favorite interests and activities that carried well into her retirement included participation in the Wisconsin River Garden Club and book clubs in Stevens Point and Wautoma.

She is survived by two children: Robert Sorenson (Jean Jenkins) Nekoosa, WI, and Karin Krause (Rick) Madison, WI; one sister Bernadyne (Olson) West; and her husband John Jones. She was blessed with six grandchildren: Adam, Erik, Anne, Katherine, Ruth, and Heidi; one great granddaughter: Emma Joy Sorenson; along with many nieces and nephews. Through marriage, she was blessed with six stepchildren and numerous grandchildren and great grandchildren. Elaine was predeceased by her parents, one sister Dorothy Diane Olson, one brother Neal Olson, her first husband Robert Melvin Sorenson (1953 – 1966), and her second husband, H.W. Boyce (1969 - 1993).

Memorial services will be held at 11AM on Wednesday, December 27, 2017 at Hope Lutheran Church, Wautoma with a luncheon and time of remembrance following the service. Burial will take place at a later date in Hope Lutheran Cemetery.

To order memorial trees or send flowers to the family in memory of Elaine Jones, please visit our flower store.