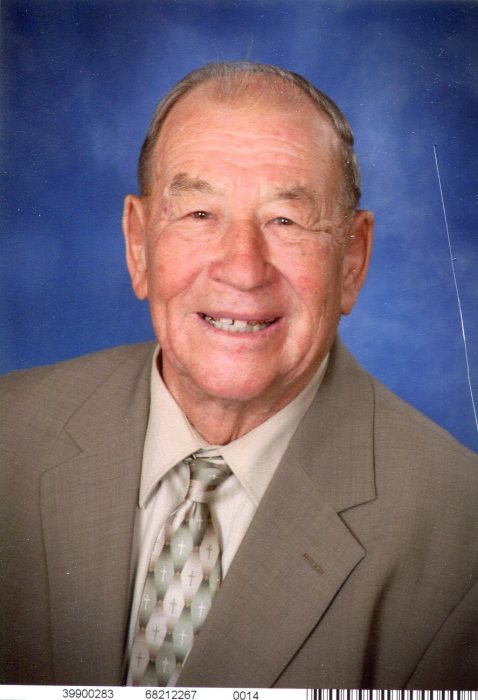 Born September 21, 1924 on the family farm in Crystal Lake Township, Neshkoro, Wisconsin to the late Alfred and Della (Koechell) Daye, Dwayne had a love of farming and was a gentle care-taker of the land and the animals on the farm. He enjoyed gardening and took pride in his huge garden full of a variety of delicious vegetables. On August 21, 1946, he married the love of his life, Viola Rohde.

Dwayne was a dairy farmer and also worked throughout the years as a milk hauler and at canning factories and Speed Queen in Ripon, Wisconsin. He retired from farming in 2002. Dwayne was a member of Zion United Methodist Church in Neshkoro, Wisconsin.

A Celebration of Dwayne’s Life will be held at 1:30 pm on Saturday, July 1, 2017, at Zion United Methodist Church, 200 E Bluff Street, Neshkoro, Wisconsin with Rev. Larry Rieck officiating.  A private family burial will be held at a later date at Emmanuel Crystal Lake Cemetery.

Visitation will be held on Saturday at the Church from 12 noon until the time of services.

Special thanks to the staff at Wild Rose Manor and also to Southern Care Hospice-Waupaca for their loving care and support.

To order memorial trees or send flowers to the family in memory of Dwayne Daye, please visit our flower store.