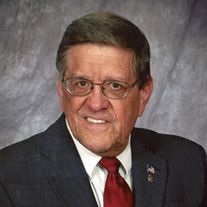 Duane N. "Dewey" Stelter, age 72, of Wautoma, died unexpectedly Friday, January 2, 2015 at his home. He was born September 2, 1942 in Wautoma, the son of Reinhold N. "Tom" and Clara (Gaatz) Stelter. He married the former Elfrieda "Frieda" Wenzel on July 1, 1972 in Wautoma. They later divorced after 25 years of marriage. Dewey was a 1960 graduate of Wautoma High School. He attended UW-Oshkosh and served in the Wisconsin National Guard from 1964 until 1970. Dewey was employed at the former Union State Bank of Wautoma and Wild Rose for 33 years. He was a lifelong member of Trinity Lutheran Church in Wautoma where he served as Treasurer, Church Elder, and a member of the Stewardship Board. Dewey was past chairman of Wild Rose Bike-A-thon and member of Friends of Scouting, Wild Rose. He was Chairman and former Treasurer of the Wild Rose Chapter of the Salvation Army. Dewey was a member and past President of Wautoma Rotary Club. He received the Wautoma Rotary Paul Harris Fellowship Award for his outstanding service to the community. Dewey will be remembered as a man of decency and integrity. He deeply cared about others, especially his family and community. He also enjoyed sharing a good joke. He is survived by two sons, Gregory D. Stelter, Schaumburg, IL, Kevin P. (Emily) Stelter, DePere; one brother, Dr. David (Beth) Stelter, Wautoma; sisters-in-law, June Stelter, Waukegan, IL, Terre (Dan) Kent, Milwaukee, Cathy Wenzel, Stoughton; brothers-in-law, Tony Wenzel, Green Bay, Mathew (Chris) Wenzel, Wautoma; nephews, Dr. Darren (Kristin) Stelter, Dean (Shannon) Stelter, Shaun Wenzel, Max Kent; nieces, Allison (Andrew) Henkelman, Dawn Stelter, Paige Kent. He is further survived by cousins, other relatives and many friends. He was preceded in death by his parents; his brother, Dale T. Stelter; and by his former wife, Elfrieda "Frieda" Stelter. Memorial services will be held at 12 noon of Wednesday, January 7, 2015 at Trinity Lutheran Church in Wautoma with the Rev. Brian Rohde officiating. Interment will be at Wautoma Union Cemetery at a later date. Visitation will be held on Wednesday at the Church from 10:00 a.m. until the time of services. If desired, memorials may be given to Trinity Lutheran Church of Wautoma or the Wautoma Rotary Club.


To order memorial trees or send flowers to the family in memory of Duane Stelter, please visit our flower store.