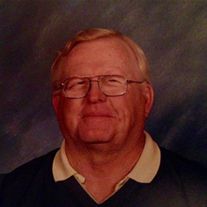 Douglas Lee Bartels, age 74, of Wautoma, passed away early Tuesday morning, Dec. 9, 2014 at his residence after a brief battle with kidney cancer.

Doug was a 1958 graduate of Wautoma High School. He attended UW-Stevens Point and graduated in 1963 with a degree in Education. He taught Social Studies at Marshall High School before attending Northwest Missouri State University in Warrensburg, MO, where he received a Master's Degree in Safety. Later, he taught History, Law, and Driver's Education at DeForest High School. Doug enjoyed coaching High School Football, Basketball, Baseball, and Golf. He was proud to help coach the 1982 DeForest High School WIAA State Championship Football team. While at DeForest High School, he coached Mock Trial teams and was invited by the Wisconsin State Bar Association to join the law related education committee and later the national "WE the PEOPLE" constitutional competition program.

After his retirement from teaching and coaching, he had time to enjoy his passion for Golf and Family. Doug was a member of Hope Lutheran Church and Wautoma Kiwanis.

He is survived by his wife, Sandy Bartels, Wautoma; two daughters: Julie (Eric) Goldapske, Sun Prairie; Beth (Sean) Macklem, Green Bay; four grandchildren, Kiley and Nathan Goldapske, Brandon and Ashton Macklem; his sister-in-law, Delores (Larry) Sanderson, Wilmington, NC; his brother-in-law, Dick Abarr, Newport, OR. He is further survived by nieces, nephews, cousins, other relatives and many friends. He was preceded in death by his parents and brother-in-law, Gary Abarr.

Visitation will be held at the Church on Friday from 11:00 a.m. until the time of services.

Memorials may be given to Hope Lutheran Church, Heartland Hospice or a charity of choice. The family wishes to thank the doctors and nurses from Aurora Medical Center in Oshkosh, and the staff at Heartland Hospice.


To order memorial trees or send flowers to the family in memory of Douglas Bartels, please visit our flower store.