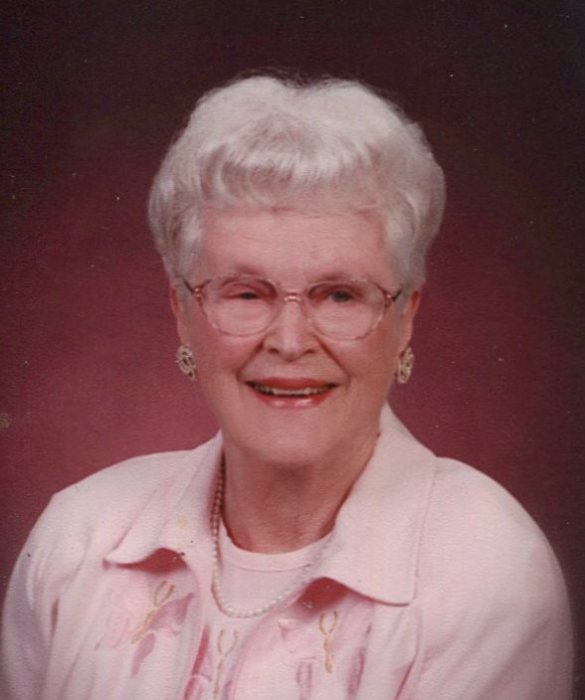 She was born February 7, 1918 in Plainfield, the daughter of George J. and Hazel M. (Stewart) Osterhaus. She married Harold H. Prochnow June 27, 1942 at the United Methodist Church in Plainfield. He preceded her in death on August 21, 1993.

Dorothy was a graduate of Plainfied High School and later Waushara County Normal School in 1941. While attending night school, she taught country school at Oakdale, Tamarack, Saxeville and Richford. In 1949, she began teaching kindergarten in Wautoma, as well as some afternoon music classes. She also managed the migrant summer school program for a number of years. In 1957, Dorothy received a Bachelor’s Degree from Stevens Point College. She taught kindergarten in Wautoma until her retirement in 1970. After retirement she continued to work part-time as an estate appraiser.

Dorothy was also an active member of her community. She was a former member of Hope Lutheran Church and current member of Grace United Methodist Church in Wautoma. She was active with the Jolly Mixers Homemakers, Waushara Historical Society, Wautoma Senior Citizens, and volunteered many hours at the County Cupboard and Waushara Department of Aging. She and Harold enjoyed fishing, playing cards, and camping with the Uffda camping club. Dorothy's other interests included quilting, rosemaling, singing and playing her electric organ, collecting antiques, and she could never pass up a garage sale.

Dorothy lived in the home she and Harold built in Wautoma until after her 99th birthday when she moved to Heartland House.   Dorothy's family would like to extend its gratitude to the staff of Heartland House and Pastor Cubilette for the care and support they provided.

In addition to her husband, she was preceded in death by her parents; two brothers, George (Sophie) and Austin (Alice) Osterhaus, a brother in infancy; one sister, Audrey (Arlie) Dent; sister-in-law, Leona Osterhaus; brother-in-law, Cliff Tubbs; and son-in-law, Ken Batterman.

Funeral services will be held on Saturday, February 3, 2018 at 11:00 a.m. at Grace United Methodist Church in Wautoma with Rev. Rafael Cubilette officiating. She will be laid to rest next to her husband, Harold, in the Hope Lutheran Cemetery in Wautoma.

Visitation will be held on Saturday at the Church from 9:30 a.m. until the time of services. In lieu of flowers, a memorial will be established.

To order memorial trees or send flowers to the family in memory of Dorothy Prochnow, please visit our flower store.