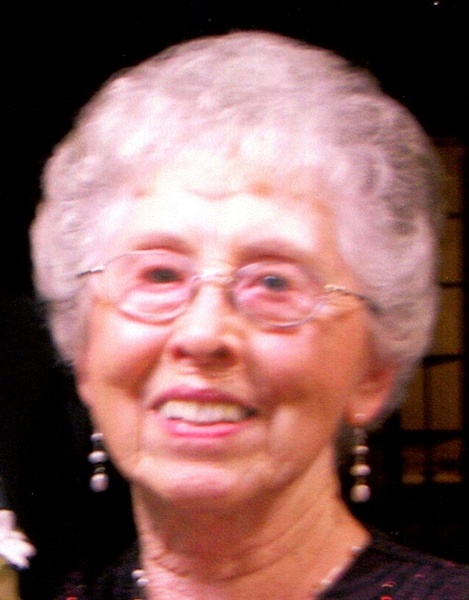 We are here to celebrate the life of our mother, Dorothy Roeske Bahrke Pearsall, a true Wonder Woman of 100 plus years on earth.  She was born August 14, 1921 in Ypsilanti, North Dakota to another Wonder Woman, our grandmother, Albertina Henrietta Roeske who was a mother of 10 children. Dorothy was the third youngest.

Things were not going well so Tina decided to leave her husband and two older sons to head back to Wautoma, WI., her birthplace.  She stopped to say farewell to the church pastor, Reverend Johnson. They loaded up the seven children with Uncle Al driving and headed off for Wisconsin.

After graduating high school, Dorothy moved to Milwaukee to work as a nanny. One day while visiting with friends in Milwaukee, Dorothy was dared to wake up a young soldier with cold water, of course she did it.  He just laughed.

Enter Ervin Bahrke into her life.  Erv was from a family of 10 children as well.  His family lived in the Gillet, Wisconsin area.

The two of them got married and moved to Fort Hood, Texas where Erv went to training as an ambulance driver for World War II.  He went to Germany and Dorothy went back to Wisconsin to have her first of four children, Barbara Jane, who was later followed by Ann Marie, James Robert and Steven John.

After the war, Erv and Dorothy’s two brothers, Al and Marv started the Modern Dairy in Wautoma. Modern Dairy was sold to Borden’s for whom they continued to deliver milk .  Erv followed that with a Standard Oil gas and service station on Main Street.  One time Dad left the station in Mom’s care while he went on a service call.  Dorothy closed the station and went home, not knowing even how to pump gas.  One of his helpers volunteered to help out.  Erv’s usual response was to just laugh.

Dad had some serious health issues so mom needed a job quick to help out so she started working for the cab company in town, which led to some hilarious and probably dangerous stories. One day shortly after that, Melvin Albright came over to offer mom a job at the ASCS office, and of course she said yes.  She met so many wonderful people in all those years of working there, including her second husband, Charles Pearsall.  The day he met her he said that’s the girl I’m going to marry some day and neither was available at the time.

Dorothy was an angelic singer with a lovely soprano voice. She joined the Hope Lutheran Church choir when she moved back to Wautoma.  At that time, it was the Norwegian Lutheran Church.  She remained in the choir until her early nineties.  She was afraid her voice was sounding old. She was wrong, it was still beautiful.  She took a short break and now is looking forward to joining the heavenly choir.

On Dorothy’s 99th birthday she took a tour of Wautoma in a vintage convertible with the top down.  She thought she was Mayor for the day.  Her church choir met her in the courthouse parking lot and sang Happy Birthday and many more church songs.  At 100 we had a party in the fellowship hall at Hope Lutheran Church.  She arrived in a Sheriff Patrol Car, complete with lights and siren, driven by her Grandson, Officer, Dan Struzynski.  Another highlight of the day was listening to a song written about her and performed by Ann Stea Dorwaldt, a family friend.

Dorothy had a quadruple heart bypass at age 63.  It was estimated that would increase her age by at least 10 years.  As you can see, she almost got 40 years out of it.

Now she is on her way to the heavenly choir.  The rest of us are looking forward to joining her some day.

Thank you, Mom, for giving us such a terrific example to live by and all the love, support and encouragement we could ever need.

Funeral services will be held on Monday, June 6, 2022 at 1:30 p.m. at Hope Lutheran Church in Wautoma with Rev. P. Michael Thomas officiating. Burial will be in Hope Lutheran Cemetery.

Visitation will be held at the church on Monday from 11:00 a.m. until 1:00 p.m.  In lieu of flowers, a memorial will be established in Dorothy’s memory. The Leikness Funeral Home of Wautoma in assisting the family with arrangements. www.leiknessfuneralhome.com

To order memorial trees or send flowers to the family in memory of Dorothy E. Pearsall, please visit our flower store.