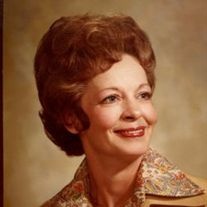 Dorene Ardis Schimelpfenig passed away suddenly on March 10, 2014, just 10 days after her husband's death. She was sitting outside on a beautiful warm day, with the sun on her face, just as she liked it.

She was born on September 7, 1927 to Leon and Pearl (Powell) Goodwin. She grew up near Hancock and received her education there. Dorene met Marlin just before the beginning of WWII. She wrote so many letters that she could still remember the address over 70 years later. In December of 1946 the married and started raising a family on a farm west of Wautoma. When her children got older, Dorene went to work as a waitress at Silvercryst in Wautoma for close to 20 years.

Mother was an excellent cook, liked canning, reading murder mysteries, the daily paper and going to the casino. She enjoyed walking in the woods, picking berries and wild mushrooms. Mom liked telling stories of her childhood. Her ancestors were among the earliest pioneers to the Wautoma area. In her later years she helped her husband raise and sell vegetables at their farm market and like visiting with friends and neighbors who would stop by. Mother lived simply, she would always say, "It's good enough for who it's for."

A private family ceremony is being planned. Burial for both Dorene and Marlin will take place at a later date at the Wautoma Union Cemetery. Leikness Funeral Home is assisting the family with arrangements.

A special thank you to the staff at Rosemore Village for all their loving care to the family and especially Dorene and Marlin.


To order memorial trees or send flowers to the family in memory of Dorene Schimelpfenig, please visit our flower store.