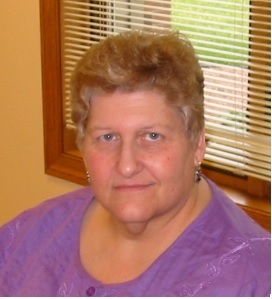 Dianne Joy Singles, 78, passed into the arms of all-loving God early in the evening of May 17, 2022 at Mercy Medical Center in Oshkosh, Wisconsin.  She was just 13 days shy of her 79th Birthday.  Dianne, was born May 30th 1943 in Palm Springs, California to Gertrude Anna Seraphine (Schmidt) and Dr. Dalbert Joseph Richard.  Due to her father's service as a Surgeon in the Army Medical Corps, her early childhood was spent in many parts of the country.  Post-War, her parents settled the family on a lovely Revolutionary-era farm near Alexandria, Virginia.  This is where Dianne grew up and created some of her most cherished memories.

Following her 1967 marriage to Gordon C. Singles, Colorado became home for her,  as she settled into glorious motherhood.  Then, in late 1976, she and her boys joined her parents in their retirement, in Green Lake, Wisconsin, becoming a resident of nearby Wautoma, Wisconsin in 1977.  This is where she got involved with the community and raised her two boys, teaching them to become the honest, skilled, and hardworking men that they would become.  Then in 2019, due to health complications, she reluctantly gave up her Wautoma homestead of 42 years to live at Bella Vista Retirement, in Oshkosh, Wisconsin.  While there, Dianne made many friends among both the residents and staff.

While formally trained as a Medical Laboratory Technician, Dianne found her true calling as a multi-talented and inspired artist while raising her two sons in Wautoma.  She had found initial acclaim in the early 1970's with her uniquely technical, but entirely organic pen-and-ink-and watercolor drawings while in Colorado.  Once in Wisconsin though, her artistic skills and creativity developed and diversified.  Authentic, artisanal Teddy Bears, highly and intricately-detailed hand-made figurines, collecting and hand-crafting jewelry, and sewing (from scratch) the occasional Halloween costume.  Her interests included cooking, gardening, rummage-sailing, playing and writing music on her piano, reading, her cats, and following her chosen religion, The Baha'i Faith, of which she was a lifelong and active member.

Funeral services for Dianne will be held on Saturday, May 21, 2022 at 11:00 am at Dartford Cemetery in Green Lake, Wisconsin.  She will be placed alongside her parents who preceded her in death in 1988 and 1996.

Dianne's Family wants to express a special Thank-You to all the Baha'is of the greater Oshkosh area for supporting her both spiritually and emotionally during the past few years.  Finding her faith while in the presence of other like-minded people was immensely important to her.

Also, another Thank-You is in order to Michael Leikness and the rest of the staff at Leikness Funeral Home in Wautoma, Wisconsin for their compassion and all of their assistance during this time of need.

To order memorial trees or send flowers to the family in memory of Dianne Joy Singles, please visit our flower store.

Dartford Cemetery (both sides of street)