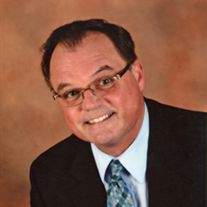 Dean was a 1978 graduate of Arrowhead High School in Hartland. Along with his parents, he operated the former Stadler's Restaurant in Wautoma and then with his wife owned Stadler's Pizzaz. Dean became a furrier by trade and was employed at Nigbor Furs and then Truesdell Furs in Berlin. Later, he and his wife owned Altenburg's Farm Market in Woodruff for a number of years. Additionally, Dean owned and operated the Internet business Stadler Fur Bears. He was a member of the Wautoma Congregation Kingdom Hall of Jehovah's Witnesses. Dean loved is family, cherished his grandchildren, and enjoyed the company of his dogs. He always took the opportunity to assist others and shared his gift of humor with nearly everyone he met.


To order memorial trees or send flowers to the family in memory of Dean Stadler, please visit our flower store.