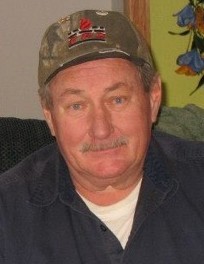 David Charles Phipps, age 72 of Coloma died Monday, January 7, 2019 at Theda Care, Berlin as a result of an automobile accident. He was born August 9, 1946 in Fulton, NY the son of Paul and Agnes (Kalous) Phipps. He married Margie Schwersenska on June 28, 1975 in Oshkosh, WI.

David was employed with Oshkosh Foundry, Griffith Foundry and as a technical trouble spot shooter for sand and chemical companies: Faskure, ACME Resin-Borden Chemical, HA International, Panhandle Pipe Eastern. He spent the remainder of his life happily retired in his northern retreat.

David was involved in many organizations throughout his lifetime. He held positions of Chairman, Vice President and President of the American Foundry Society (AFS) for 35+ years. He was a member of the Coloma Loins Club, National Rifle Association (NRA) and an avid Boy Scout Troop Leader for 10 years.

David enjoyed watching TV, especially Married with Children, Gunsmoke, M.A.S.H. and occasionally, Hallmark movies with Margie, warm vacations and traveling with his wife, hunting, boating, 3 Wheel Trike rides, his treasured 1969 Super Bees, inventing and tinkering in his garage, making Grandpa’s special breakfast for his grandkids and spending time with family and friends. Much of his time in his later years was spent completing and perfecting his and Margie’s northern retreat dream home.

Funeral services will be held on Saturday, January 12, 2019 at St. Peter’s Lutheran Church in Richford, WI with burial to follow in Richford Cemetery. The family will greet relatives and friends on Friday, January 11, 2019 from 4-7PM at Leikness Funeral Home, Wautoma and again on Saturday at church from 11AM until the time of services at 1PM.

To order memorial trees or send flowers to the family in memory of David Phipps, please visit our flower store.