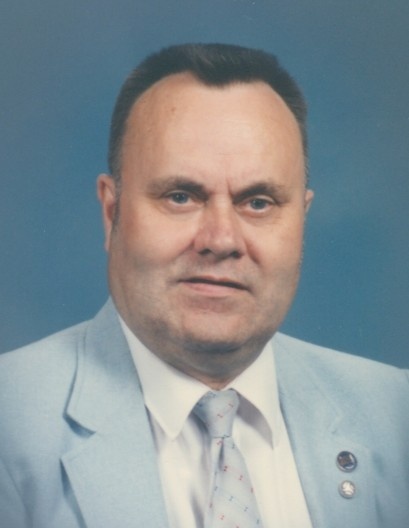 Dale Monroe Johnson was born June 5, 1933 in Prentice, WI, to Albert and Grace (Hvass) Johnson. He graduated from Prentice High School. After graduation, he attended a business school to get his associates degree. Following that, he enlisted with the US Army and served in the supply room at Fort Riley, Kansas. He came down with tuberculosis, which ended his service. He received a National Defense Service Medal.

After his discharge, he entered Spencerian College in Milwaukee and received his bachelor’s degree in Business. He went to work for the State of WI Dept of Transportation in Madison as an auditor. He married Joan Johnson on Sept. 2, 1967 and spent the rest of his days as a devoted husband to Joan and loving father to their son, Dwight. Upon retirement, he moved to Oshkosh, and later to Wautoma.

While growing up in Prentice, he was baptized and confirmed at First Lutheran Church. When he retired to Wautoma with Joan, they joined Grace United Methodist, and held several offices within the church. He remained a member of the American Legion, the VFW, and DAV. He passed away Saturday, November 24, 2018.

He is survived by his wife, Joan; his son, Dwight (Sherry), and two grandchildren, Katherine and Jonatan. He was preceded in death by his parents, Albert Johnson and Grace Johnson; Lloyd, brother; and Phyliss Sebelick, Lois Healey, and Darlene Beers, sisters.

Memorial services will be held at 11AM on Friday, November 30, 2018 at Grace United Methodist Church, Wautoma with military honors to follow. The family will greet relatives and friends at church on Friday from 10AM until the time of services at 11AM. Leikness Funeral Home, Wautoma is assisting the family with arrangements. www.wautomafuneralhome.com

In lieu of flowers, please donate your time and/or money to the veterans’ charity of your choice.

To order memorial trees or send flowers to the family in memory of Dale Johnson, please visit our flower store.