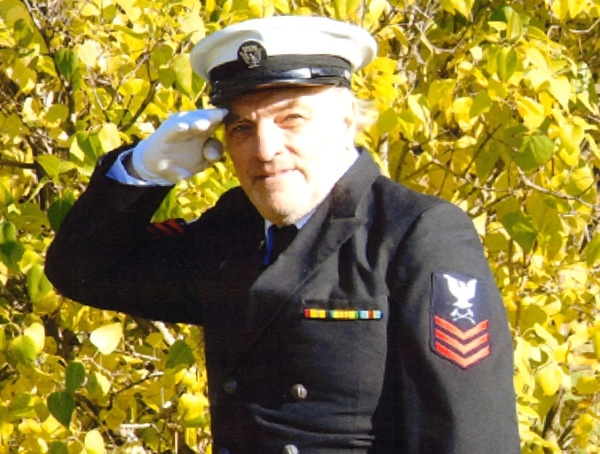 Clarence Darrell Stratton, age 68, of Coloma died suddenly on Friday, March 10, 2017 after suffering an apparent heart attack at his home. He was born January 21, 1949 in Long Beach, California the son of Darrell Arthur and Mary Adele (Jones) Stratton.

Clarence enlisted in the United States Navy on October 5, 1970 and served until September 30, 1975 during the Vietnam War era. He was stationed at the Naval Station in Long Beach, California aboard the USS Edson. Clarence met his wife, Mariann while stationed in California and they were married on April 10, 1972.

Clarence enjoyed working on vehicles, and had a love for model airplanes, collecting cars, animals and farming. He was a active faithful member of Rogers-Oestreich American Legion Post 343 Hancock/Coloma. He had a great joy for helping others when they needed it. He also enjoyed the enchantments of karaoke singing and unchained melodies.

He is survived by his wife of 45 years, Mariann Stratton; one son, Keith Stratton; two stepsons, Rodney Perrin and Larry (Stacy) Perrin; one brother, Fredric Stratton. He is further survived by other relatives and many friends.

Visitation will be held on Wednesday, March 22, 2017 from 1:00 until 2:00 p.m. at Leikness Funeral Home in Wautoma. Burial with full military honors will follow at 2:30 p.m. at Hillside Cemetery in Coloma. The family is having a reception at Lakeshore Family Restaurant in Wautoma following the burial services.

In memory of Clarence, the family requests that friends leave behind one of the following types of coins: a penny (meaning you visited): a nickel (you trained with the soldier at basic training): a dime (meant you served with the soldier): a quarter (meant you were there when the soldier passed away). This tradition became popular here in the United States during the Vietnam War. It is believed it was a way to show respect without getting into an uncomfortable political discussion about a war that was very controversial and to show your respect.

To order memorial trees or send flowers to the family in memory of Clarence Stratton, please visit our flower store.