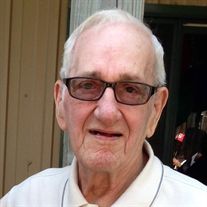 Clarence G. "Jerry" Staehle, age 81, died unexpectedly on Monday, July 27, 2015 at his home. He was born on July 14, 1934 in Melrose Park, IL to Clarence A. "Bud" and Martha A. (Krause) Staehle. As a child, Jerry spent his summers with his family at Witters Lake in Wautoma. He graduated from Proviso High School, Melrose Park, IL with the class of 1952. He then worked at Richardson's Co. as a machinist until getting drafted in 1956. After basic training he married Shirley Diane Koppert on April 17, 1956 in Melrose Park, IL. In 1958 he was honorably discharged from the U.S. Army and moved to Wautoma to raise his family and started farming. In the evenings, Jerry worked for the Sheriff's Dept. as a radio operator and later became a deputy. In 1962 he started working for the DNR in the Wildlife Management dept and as a Game Warden. He was instrumental in introducing wild turkeys to the area. Jerry and his family also owned and operated a boarding kennel known as Staehle's Mut-Tel where Jerry acted as Waushara County Humane Society officer for several years. Upon retiring from the DNR in 1990, Jerry owned and operated Truckline Sales in Wautoma.

Funeral services will be held at 11AM on Saturday, August 1, 2015 at Leikness Funeral Home, Wautoma. Burial with full military honors will be at Wautoma Union Cemetery. The family will greet relatives and friends at the funeral home on Saturday from 9:30Am until the time of services at 11AM.

To order memorial trees or send flowers to the family in memory of Clarence Staehle, please visit our flower store.