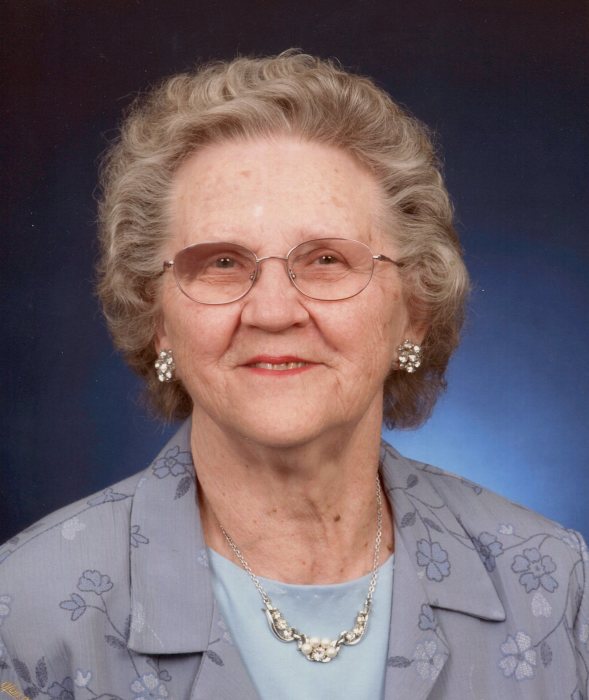 Clara Marie Pionke, age 87, of Hancock, passed away peacefully on Thursday, April 27, 2017 at Aspirus Riverview Hospital in Wisconsin Rapids with her family at her side.

Clara was a 1945 graduate of Wild Rose High School and 1947 graduate of Waushara County Normal School. She taught grades 1 thru 8 in the traditional one room school house with her most memorable time at Prairie Center School in the town of Oasis until 1952. Clara was a member of St. Paul’s Catholic Church in Plainfield, where she was a member and president of the Ladies Rosary Society. She also taught catechism, served as PCCW president and was actively involved in the Brother Regis Mission Group.

She and her family co-hosted Wisconsin Farm Progress Days in 1990 as well as two Waushara County Dairy Breakfast events at their farm. Clara loved baking bread, gardening, flowers, driving tractor and cows. Her fondest pastimes were spending time with grandchildren, getting on a bus to go to the casino, knitting mittens for children and talking with people.

In addition to her husband, she was preceded in death by her daughter Karen in 1968; her parents; stepmother, Genevieve (Zubeck) Hudziak; three brothers, Joseph, Edwin and Eugene; five sisters, Agnes, Florence, Rose, Monica and Genevieive.

A Mass of Christian Burial will be held on Friday, May 5, 2017 at 10:30 a.m. at St. Paul’s Catholic Church in Plainfield with Rev. Jerry Hudziak and Rev. Paul Lippert co-officiating. Burial will be in the parish cemetery.

Visitation will be held on Thursday from 4:00 until 7:00 p.m. at St. Paul’s Catholic Church with the Rosary recited at 6:30 p.m. Relatives and friends may also call on Friday at the Church from 9:00 a.m. until the time of services.

To order memorial trees or send flowers to the family in memory of Clara Pionke, please visit our flower store.