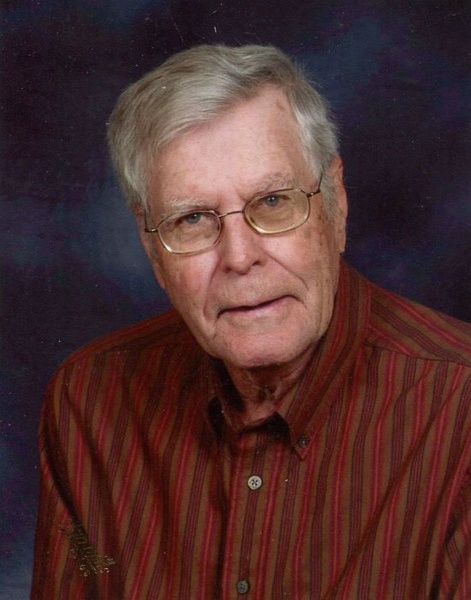 Charles “Chuck” Dahlke, of Wautoma, passed away Friday, June 7, 2019 after a brief battle with cancer.

He was born July 1, 1931 in Fond du Lac, Wisconsin, the son of Arnold and Bernice (Dilts) Dahlke. He married Barbara Jean Moore on June 21, 1952 in Princeton, Wisconsin.

He grew up in Neshkoro, Wisconsin, was baptized and confirmed at Saint John’s Lutheran Church in Princeton. Growing up Chuck enjoyed hunting, fishing and playing organize sports from fifth grade on. They lived in town but had a barn where they raised draft horses, milk cows, beef cattle and later harness horses. At age 14, the family moved to a farm near Green Lake where he attended high school. He was president of his freshman class, was in four school plays and played in all sports when there was a team. He was a nine time letterman, high scorer and all conference in basketball his senior year.

Chuck went on to UW Madison and lettered two years in basketball, one as a starter. After college, he joined the Army for two years. He was stationed at Fort Eustis, Virginia and Goose Bay Labrador. He continued his basketball career within the army winning many tournaments over very successful teams. After the army he moved with his wife and three sons to Cleveland, Ohio, then later Olmsted Falls, Ohio.

He was employed as a Traffic Manager and then later Warehouse Management Director for Union Carbide. He traveled to all 49 states except Hawaii for his job. Chuck retired in 1986 after 31 years with the company. While in Olmsted Falls, he played basketball, coached youth baseball and basketball and coached basketball at grade and high school levels. After retirement, he and Barbara moved to the family property in Wautoma where he enjoyed hunting, fishing, golf and again coaching basketball at the grade school and high school levels. He was a member of Hope Lutheran Church and the Waushara Country Club.

Chuck was preceded in death by his parents; his mother and father-in-law; two sisters, Anita and Shirley; one brother, Norbert and other family members and spouses.

Visitation will be held on Friday at the Church from 1:00 p.m. until the time of services. In lieu of flowers, memorials are being established for the Hornet Booster Club and Hope Lutheran Church Building Fund.

To order memorial trees or send flowers to the family in memory of Charles Dahlke, please visit our flower store.