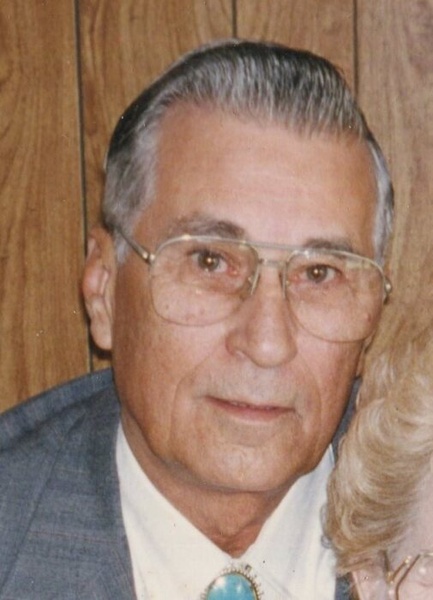 In his early years, he farmed on the family homestead in Gratiot, WI where he drove milk truck at the age of 13. Later, Charlie served his country in the U.S. Army from 1949 until 1952.  He built and operated the former Skelly Truck Stop in Plainfield. Charlie worked as a small engine mechanic at Englehart Sports Center in Madison and later operated Charlie's Small Engine Repair in Schofield until 1976.

In the early 1970’s, Charlie enjoyed being a Pit Flagman for the Oregon Raceway and Columbus Raceway both of Wisconsin. He was very proud of owning Stock Car #71. Charlie was an avid fisherman and served as a Musky Guide in northern Wisconsin. He and Shelly traveled the entire United States in their motorhome and spent the winters in Florida for the past 40 years. He owned Central Detector Sales in Wautoma and spent many years metal detecting in Wisconsin and Florida.

He was a member of Wolman-Minskey American Legion Post 317, Wautoma, a Life Member and past Commander of Disabled American Veterans Post 51, Redgranite, VFW Post 10892, Neshkoro and Plainfield American Legion.

He was preceded in death by one son, Steven Burmeister; one daughter, Barbara Burmeister LaFayette; his parents-in-law, Harry and Lynn Deuel; and by a sister-in-law, Maureen (Donald) Kutz.

Funeral services will be held on Thursday, June 25, 2020 at 11:00 a.m. at Leikness Funeral Home in Wautoma. Burial with full military honors will follow at Wautoma Union Cemetery.

Visitation will be held on Thursday at the Funeral Home from 9:00 a.m. until the time of services. Social distancing will be practiced at the visitation and services, however masks will not be required.

To order memorial trees or send flowers to the family in memory of Charles Burmeister, please visit our flower store.