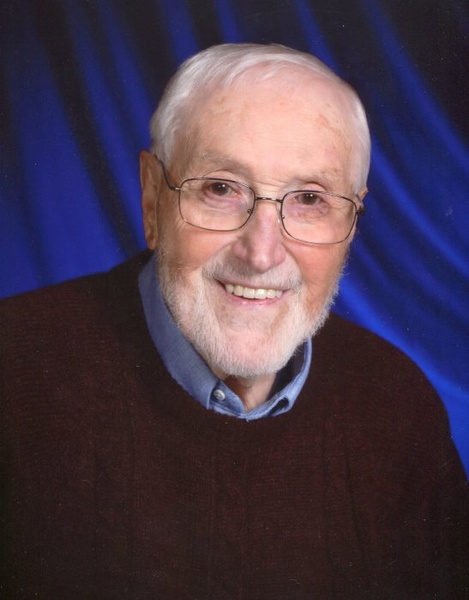 Boyd served his country in the United States Navy.  He was employed as a salesman for 30 years representing Marcus Mercantile Co. and later the M.W. Kasch Toy Company. Early in his career,  Boyd was manager of City Rec Center Bowling Alley in Wautoma and also operated Boyd’s Bar in Wautoma.

An avid sports enthusiast, Boyd loved baseball and managed the former Wautoma Merchants Baseball Team in the 1950’s. He enjoyed golf and belonged to the Tuesday and Thursday Golf League in Wautoma for a number of years. He also enjoyed hunting and fishing.

He was a member of St. Joseph Catholic Church, Wolman-Minskey American Legion Post 317, Knights of Columbus, Wautoma Lions Club and the Last Man’s Club of Oshkosh.

In addition to his wife, he was preceded in death by his parents; one son, Ross Merryfield; one granddaughter, Beth Simon; his brother Keith Merryfield; one sister and brother-in-law, Phyllis (Glen) Moldenhauer.

A Mass of Christian Burial will be held on Friday, December 7, 2018 at 11:30 a.m. at St. Joseph Catholic Church in Wautoma with Rev. David F. Greskowiak officiating. Burial with full military honors will be at Wautoma Union Cemetery.

In lieu of flowers, memorials would be appreciated to Wautoma American Legion, Wild Rose American Legion or the Knights of Columbus. The family wishes to thank the staff of Heartland House in Wautoma and Agnesian Hospice/Hope for their compassionate care.

To order memorial trees or send flowers to the family in memory of Boyd Merryfield, please visit our flower store.