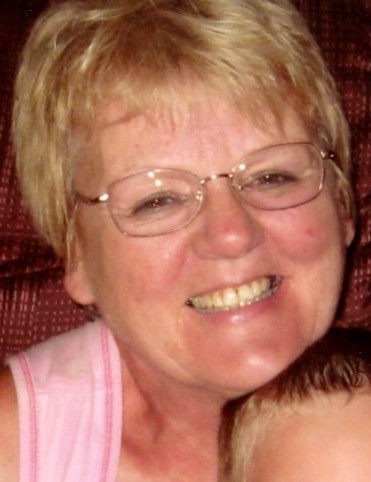 Audrey K. Oertel, age 71 of Wautoma, died on Sunday, July 23, 2017 at her home with her family by her side. She was born in Medford on March 8, 1946, 1 of 14 children, to Woodrow and Evelyn (Rinehart) Romens. Audrey grew up in the Colby area. After high school, she moved to Milwaukee and met her future husband, James Oertel, while working at St. Regis Paper Company. They were married on June 22, 1968 in Milwaukee and had two daughters: Paula and Terrie. The family then later moved to Wautoma. Audrey worked at Otto’s as a butcher for many years. She also worked for the Federal Government Farm Services Agency and retired in 2009. Audrey enjoyed gardening, growing vegetables and making floral arrangements which both won her numerous blue ribbons at the Waushara County Fair. She enjoyed walks with her dog Cooper, was an avid Packer fan and loved watching the games. Audrey was a member of St. Joseph’s Catholic Church. She will be sadly missed by her family and friends.

Memorial Mass will be held at 11AM on Thursday, July 27, 2017 at St. Joseph’s Catholic Church, Wautoma with entombment in Calvary Cemetery, Wautoma. The family will greet relatives and friends at church on Thursday from 9:30 AM until the time of services at 11AM.

The family wishes to thank the staff at Theda Care, Berlin and Heartland Hospice for the care and compassion given to Mom while she was in their care.

Charitable donations may be made to:

To order memorial trees or send flowers to the family in memory of Audrey Oertel, please visit our flower store.