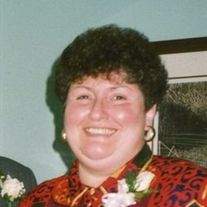 A memorial gathering will be held on Friday, January 9, 2015 from 10AM until 12PM at Leikness Funeral Home. Burial will take place at a later date in Wautoma Union Cemetery. www.wautomafuneralhome.com

To order memorial trees or send flowers to the family in memory of Arlene Stephens, please visit our flower store.