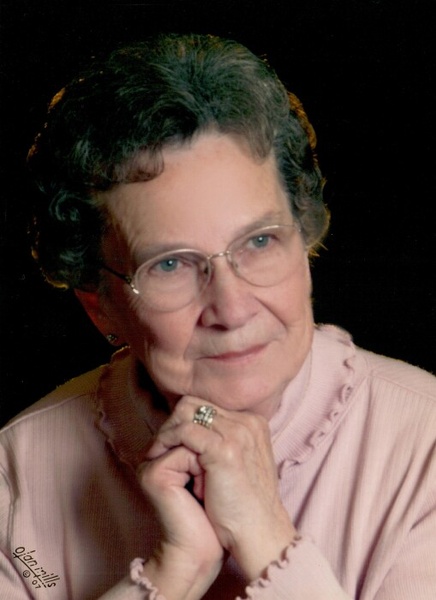 Arlene was born May 30, 1931 in Spring Lake, WI, the daughter of the late William and Dora (Hardel) Schultz.

On May 31, 1953, she was united in marriage with her beloved Eugene Nickolai at Zion Lutheran Church, Neshkoro, WI.

Arlene attended Wautoma High School, Waushara Country Normal School, and the University of Wisconsin-Stevens Point, where she received her Bachelor of Education Degree. She taught school in various rural schools until their first son, Paul, was born at which time she became an at-home mother until their second son, Phillip, was in elementary school. At that time, Arlene decided to drive school bus for the Berlin School System which she did for many years until, in the mid 1980’s, she traded in her school bus drivers license and worked for the United States Postal Service in Pine River, WI and Oshkosh, WI until her retirement.

Arlene was a member of Emmaus Evangelical Lutheran Church in Poy Sippi from 1954 until the time of her death. She served her Lord in many capacities, but her passion was being the choir director which she was from 1958 until her retirement in 2014.

Arlene enjoyed camping, travelling, and seeing sites around the US. She had a gift creating with her hands, whether it was sewing, knitting, crocheting, tatting, leather craft, rosemaling, or wood carving. She was proud to make things and see the results, and she was always looking to learn something new.

Arlene was a loving and giving mother and grandmother. There was nothing she wouldn’t do for her children and grandchildren. Arlene is survived by her two sons, Paul (Julie) Nickolai of Oshkosh, and Phillip (Salli) Nickolai of Neenah; three grandchildren Calvin, Emily, and Amanda; her brother, Russell Schultz of Endeavor; nieces Joyce (Dave) Singer and Janette Schultz, nephew Russ (Mary Ann) Nero, and many other relatives and friends. She was preceded in death by her parents, her husband Eugene, sisters-in-law Karen (Whitney) Schultz and Eldora (Nickolai) Nero, and brother-in-law Melvin Nero.

Funeral services will be held at Emmaus Ev. Lutheran Church in Poy Sippi on Friday, April 16, 2021 at 1:00pm with the Reverend William Meier officiating. Interment will be in the Zion Lutheran Cemetery in Neshkoro. Friends may call at the church two hours prior to the time of the funeral. In lieu of flowers, a memorial has been established to create a scholarship for future education college students in her and Eugene’s memory.

To order memorial trees or send flowers to the family in memory of Arlene Nickolai, please visit our flower store.