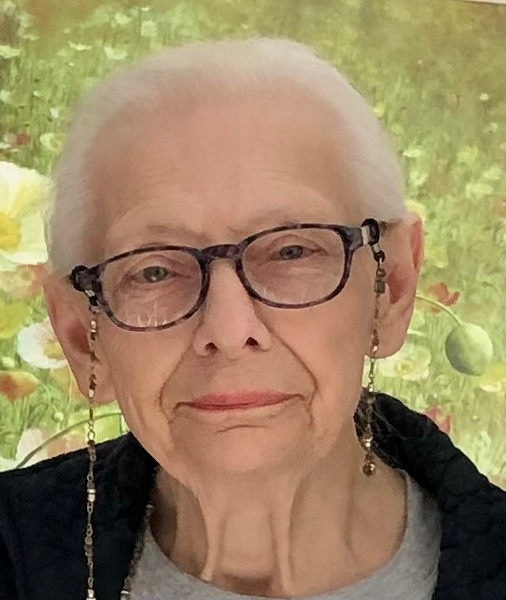 Alcina was born on April 27, 1932 to August and Mary Groskreutz on their family farm near Dakota, Wisconsin. She was the youngest of eight children.  She started first grade at four years of age in the local one-room schoolhouse.  She always loved to learn new things.  After graduating from Wautoma High School in 1949, she began work at Union State Bank in Wautoma as a teller.  The president of the bank was so impressed with her intelligence and personality, that he introduced her to his son, William N. Belter.  They were married on October 4, 1954.  She was primarily a homemaker; however, she was co-owner with her husband of the Tastee Freeze in town for a number of years.  Her daughters fondly remember bringing their entire elementary school class to the ice cream stand once a year for a free cone.  Throughout her life she was actively involved in community service.  She was the founder of Camp Fire Girls in Wautoma, very active in the Wautoma Woman’s Club, a Sunday school teacher at Hope Lutheran Church for many years and led both Cub Scout and Camp Fire Girl troops.  In addition, she took classes in upholstery and furniture refinishing.

In 1999, she and her husband moved to Appleton. Together they enjoyed life on the Fox River.  Alcina again joined the Woman’s Club and was a member of their investment club. Throughout their marriage they traveled the world together, and after his death she continued to travel with her next-door neighbors in Appleton, both regionally and internationally.  At the age of 72, she even went dog sledding near the Boundary Waters mushing her own sled.  She was fun-loving and adventurous!

To order memorial trees or send flowers to the family in memory of Alcina Ruth Belter, please visit our flower store.