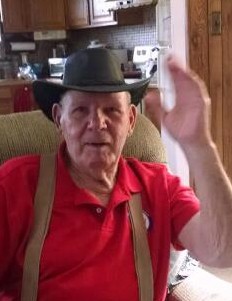 Albert “Mike” F. Grunert, age 91 of Wautoma, passed away on Monday, January 4, 2021 at Heartland House where he had been a resident for only four months thanks to Dave Algrem and Pat Brueckner who were there to help Mike maintain his independence in his later years.

Mike was born in Cincinnati, OH on September 29, 1929 to John and Mary Grunert. After school, Mike worked at Lakeside Auto Wreckers in Milwaukee until he joined the U.S. Army in May, 1951. Mike served with Co 1 31st Infantry Regiment in Korea. He received the two Korean Service Medals, Korean Campaign Medal, United Nations Service Medal, Combat Infantry Badge, Purple Heart, Good Conduct and National Defense Service Medal. He was honorably discharged in May, 1953. On December 21, 1957 he married Eleanor (Klump) Scharp in Milwaukee. Mike worked as a Machinist for many years until retiring and moving to Wautoma. He enjoyed traveling with his wife, hunting, golfing, fishing for walleye and musky and going to the casino with his daughter-in-law, Terrie. Mike will be sadly missed by his family and numerous friends.

Funeral services will be held at 2PM on Saturday, January 9, 2021 at Peace Lutheran Church, Wautoma followed by military honors. The family will greet relatives and friends at church on Saturday from 12PM (NOON) until the time of services at 2PM.

To order memorial trees or send flowers to the family in memory of Albert "Mike" Grunert, please visit our flower store.