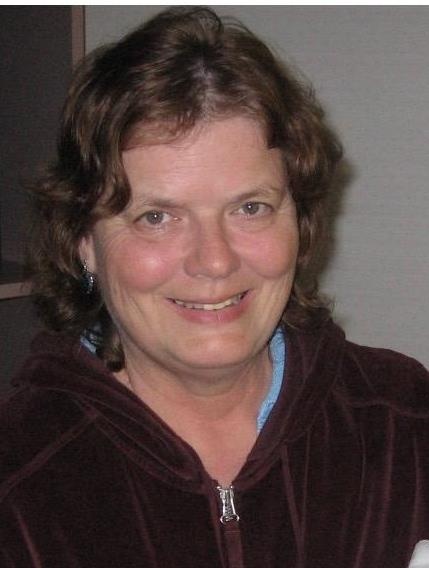 She was born June 17, 1947 in Oshkosh, the daughter of Joseph and Pearl (Wackett) Miller. She married Roger L. Rasmussen on September 7, 1968 at St. Patrick’s Catholic Church in Oshkosh.

Mary was a 1965 graduate of Lourdes High School in Oshkosh and later completed her Licensed Practical Nursing training at Theda-Clark Regional Medical Center in Neenah. She worked in Obstetrics at Theda-Clark and Mercy Hospital in Oshkosh. Later, Mary was employed as an LPN at the former Wautoma Memorial Community Hospital and then at the Wautoma Care Center.

Mary enjoyed gardening, crocheting, quilting, fishing, and living on Lake Sharon. She also loved the Milwaukee Brewers and Green Bay Packers and attended the 1967 Ice Bowl. Most of all, Mary loved being with her family especially her grandchildren. She was a loving, wife, mother, grandmother, sister and friend. Mary will be deeply missed by her family and friends.

She was preceded in death by her parents; and by one brother: Tom Miller.

Funeral services will be held on Friday, January 14, 2022 at 12 Noon at Leikness Funeral Home in Wautoma with Rev. Blaine O. Niskanen officiating. Burial will be at Oak Lawn Cemetery, Town of Black Wolf, Winnebago County.

Visitation will be held on Friday at the funeral home from 10:00 a.m. until the time of services.

To order memorial trees or send flowers to the family in memory of Mary Rasmussen, please visit our flower store.